Website dedicated to the parade victory. All events are tied to the map.

Reliable information about facts and events of the past is presented here in an accessible language.

Memory of the People

The Ministry of Defense of the Russian Federation and ELAR Corporation represent the world's largest Internet portal of original documents about the Second World War of 1939-1945 and the Great Patriotic War of 1941-1945.

Search for primary burial sites and documents about awards, about service, about victories and deprivations on the battlefields.

The site of the Defense Ministry's about the events of June 22, 1941 - the beginning of the Second World War.

Unique archival documents are published for the first time on the site.

The Soviet military commanders clearly define the state of the troo

The civil initiative of private individuals and companies.

The goal is to express gratitude to those who won the Great Patriotic War. The gratitude of descendants should not be general, but personalized character. Therefore, an important part of the project is a roll-call list of veterans who met 60 The Victory anniversary. Today Internet gives us the opportunity to tell in a new way what our warfare was for our grandfathers. Using a visualized model of the course of the war, avoiding pathos and assessments, combine historical facts, modern memories and archival chronicles.

The specific of the map is that it shows not only the Gulags, but also the places from where people who were sitting in the Gulag were from.

The site was created by Czechs and concerns primarily prisoners from other countries, primarily Czechoslovakia, Poland and Hungary.
That is, it opens a little-known page of the Gulag.

A replenishing database on the history and geography of labour camps operating in the USSR from 1918 to 1960.

On the map there is a time scale on which it is possible to see visually both the general picture, and local.
You can choose a year or turn on the player.

The map is interactive, you can zoom in on your region and see what was there by clicking on a specific Galaag, we get more detailed information on this particular camp by years - the number of prisoners, what were doing.

The feat of the people

The Ministry of Defense of the Russian Federation presents a unique information resource of open access "The feat of the people in the Great Patriotic War of 1941-1945", filled with documents on the progress and results of the main military operations, feats and awards of all the soldiers of the Great Patriotic War.
In the course of the project, an archive of awards cases with documents on 30 million wartime awards will be transferred to the electronic form, and an archive of documents on the operational management of combat operations. Documents of more than 200,000 archive files will be available in the system, the total volume is about 100 million sheets. The sources of information are the Central Archive Archive of the Ministry of Defense of the Russian Federation (CA MO):

The site was created for those who love history, but is not a professional historian.A world of fascinating whirlpool of historical events. The world of history, from the ancient, not knowing the writing of the tribes, until the XXI century.

Allow us to compare ourselves with the historical figure and find out who you are like.

How an important event from the past would be covered if Twitter existed at that time.

We follow the historic route of Napoleon, Genghis Khan ...

Historical fights with other users.

Since 2000, the Documentation Center of the Saxon Memorial Association, Dresden, conducts research work on camps for Soviet POWs stationed in the Reich and helps To receive information about former Soviet citizens who died during the Second World War in camps and working teams in the territory of the former German Reich.

There is a database on this group of people in the Documentation Center and regularly replenishes. Information is drawn from two source categories:

1. Documents from the archives of the former USSR

2. Documents from the archives of the Federal Republic of Germany Germany

For today, there are more than 20 types of documents related to the registration of Soviet prisoners of war.
Here you will find samples of the main Document types of the former Wehrmacht POW Department with appropriate explanations.

All the variety of archives Russia is united by the Federal Archival Service Russia, also called Rosarkhiv. Details of all federal, the majority of regional and departmental archives of the Russian Federation are given.

Blockade in the language of numbers. All about the blockade of Leningrad.

Russian email: az@sasgis.ru
address: Russia
Aerial photos of cities USSR, made during the war.
There are dozens of cities in the list. Pictures are superimposed on Google maps.
To compare the city's photo of those years with modern satellite, select the full-screen mode and click on the link "2 in 1". 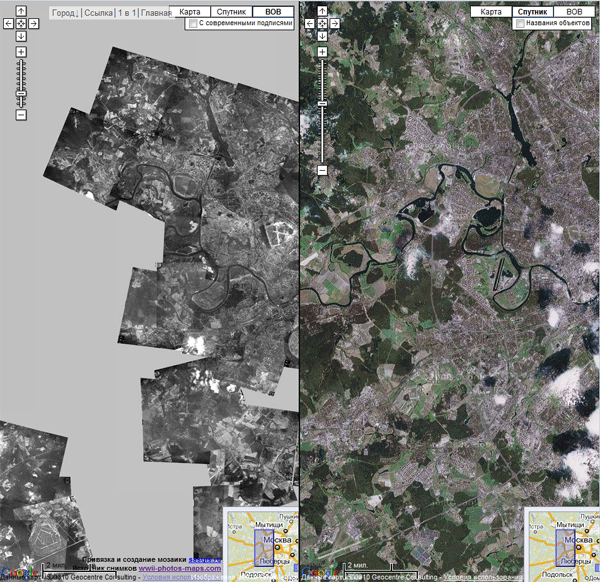 Online service to determine the fates of missing and deceased soldiers.

For several years on May 9 in the ranks of the Immortal Regiment" one can see photos of very young soldiers with only the date of birth.
"I don't even know where and when my father died," "We don't know where our grandfather is buried," say the marchers.
After 75 years, the acuteness of the problem remains, millions of families want to know about the fates of their heroes.
To solve this national problem, the People's Project "Establishing the Fates of the Defenders of the Fatherland Who Were Deceased or Missing" was created.

The online service "Find a soldier" works within the framework of the project and with its help you can apply for free to establish the fate of your relative, a participant of the Great Patriotic War, according to the "one window" principle.

If for some reasons you cannot make an application yourself, you may apply to the hotline of "National project" by phone 8 (800) 300-68-97, the operators will accept an application to research the military way of your relative.