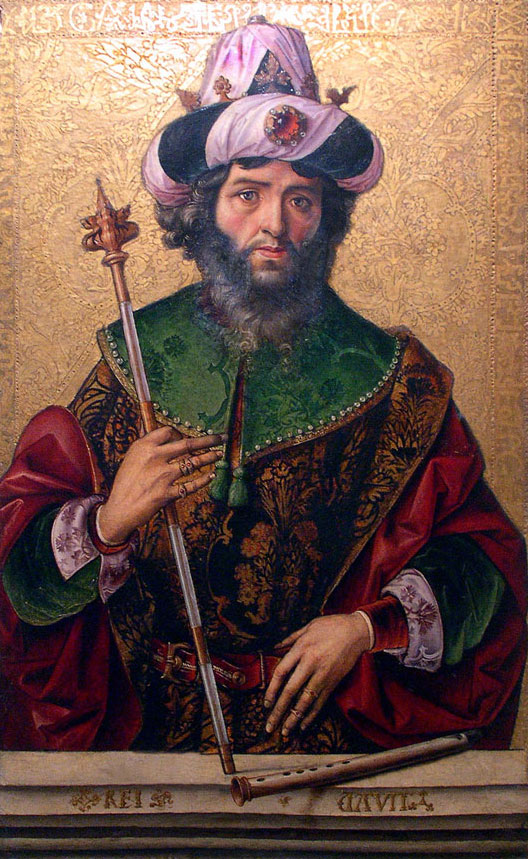 On that day, I will rebuild the David's tabernacle fallen, I will seal up the cracks in it, and I will restore the shattered ones, and arrange it, as in the days of the ancients, (Am.9:11) Then I will turn and recreate the David's tabernacle fallen, and what is destroyed in it, recreate, and correct it, (Acts 15:16) Here the places where it is said about the tabernacle are different, which differs from the traditional. Having rejected him, he appointed David to them, about whom he said and said, "I have found a man in my heart, David, the son of Jesse, who will fulfill all my wills." (Acts 13:22)

How did David fulfill His will?

And David arose, and all the people that were with him from Baal of Judah, to carry the ark of God from there, on which the name of the Lord of Hosts, sitting on the cherubim, is called. (2Sam.6:2) 1. No one was concerned about the Ark of the Covenant, but David remembered it. 6 And when they reached the threshing floor of Nakhonov, Oz spread out his hand to the ark of God and took hold of it, because the oxen inclined it.
7 But the Lord was angry at Ozah, and God struck him there for his boldness, and he died there by the ark of God.
8 And David was grieved that the Lord struck Oz. This place is still called: "the defeat of Oza."
9 And David feared on that day of the LORD, and said, How shall the ark of the Lord come into me?
10 And David did not want to carry the ark of the Lord to himself, to the city of David, but turned him into the house of Obededom the Gittite.
(2Sam.6:6-10) 2. Oz touched the ark and perishes. David stops carrying the ark Then David spent time with the scripture and the Lord in search of an answer and finds a completely unexpected answer. We will not quote the whole text here, as David appoints a Levite who is sanctified. For the first time, anyone could carry the ark. He was not even carried, but was carried on a cart. We will not describe everything that David did according to the Word. It could be formally done by the word of anyone. But David did not by the Word, but by the Spirit. David was dressed in fine linen [and also] and all the Levites who carried the ark, and the singers, and Henania the chief of the musicians and singers. On David, however, there was [also] a linen ephod. (1 Chronicles 15:27) The king wears a linen ephod, that is, simple clothes, without ranks. Where did he get this from? And singers, where is this in the Scriptures? Very unexpected move. But then it was completely unimaginable. The Ark must stand in the Most Holy Place, where only the High Priest could go once a year with the blood of the victim for the sin of Israel, otherwise he will perish. We remember that Oz was killed. But then David puts a simple tent and there before the Ark of the Covenant musicians play around the clock. And no one dies. So David saw the heart of God, and not the letter of the law, the rules. Therefore, today the worship of David is often called the tabernacle of David.
Full version
Night mode