Virtual tours to museums around the world.

Google launched the project in conjunction with 17 leading museums around the world, including the Tretyakov Gallery and the Hermitage (now more than a hundred museums, including a tour of the White House):

You can walk around the museums on the principle of Streetview on Google Maps. Or watch separately pictures in very high resolution, up to 7000 megapixels. That is, you can enjoy the whole picture or bring it closer, such as an eye or a button.

Online access to exhibits from 1200 museums, galleries and other organizations in 70 countries.

Finds our twins on works of art.

A VPN connection is required. We recommend Turbo VPN.

Works on face recognition and neural networks. Provides a number of options and indicates the level of similarity. There is an amazing similarity, but there are also ridiculous jambs.

While the function is available in the US, we recommend using VPN. On iOS, turn off the current Apple ID, geolocation, change the language to English and the region to the USA, set up a new Apple ID and include VPN and Arts & Culture.

The Metropolitan Museum of Art

In 2014, the New York Metropolitan Museum of Art released over 400,000 works of art as free high-resolution images available on the web. Want to expand your artistic tastes and knowledge? Check out the collection right now, which you can filter by artist,

Virtual tour of the residence of the President of Russia

It is not difficult to get to the Moscow Kremlin. No one is banned.
Thousands of people come here every day. Perhaps you also visited the Kremlin.
If you have, you surely passed along Ivanovskaya Square, walked along the Tainitsky garden, admired the ensemble of the Cathedral Square.
Probably were inside these ancient temples - Uspensky, Arkhangelsk, Blagoveshchensky.
Maybe even - got acquainted with the collection of the Armory Chamber. Well, if you happened to be one of the rare visitors to the Diamond Fund, then probably your friends were very jealous of you ...

But, no matter how many times you visit the Kremlin, no matter how well you get acquainted with its sights, some places in the Kremlin are certain
This is the buildings and territories that are allocated to state institutions and services that support the activities of the President of Russia.

A virtual tour will help fill this gap. It reveals hitherto, unfortunately, closed to tourists objects, included in the Kremlin complex of the President's residence. And opens - in a unique and graphic detail.

The Senate Palace and the Grand Kremlin Palace will appear before you in all the smallest details - down to the inscriptions on the roots of the books in the wardrobes of the Presidential Library and barely noticeable details of the ancient murals of the Faceted Chamber.
You will examine every stone, every piece of interior, every monogram on high ceilings, every leaf in the Kremlin gardens as if you were in close proximity to them.

In addition to the interiors, the site "Opening the Kremlin" A lot of exciting outdoor species.
From high points you will see such corners of the Kremlin, about the existence of which you do not suspect, strolling along it. And at the same time you will see a panorama of almost the entire center of Moscow, and, like a powerful binocular, you will examine the territories adjacent to the Kremlin.
The shooting for this project was carried out for two years, from 2003 to 2005. During the filming of some of the staff managed to become historical - they are now imprinted are no longer existing objects.
Moscow is changing so fast! 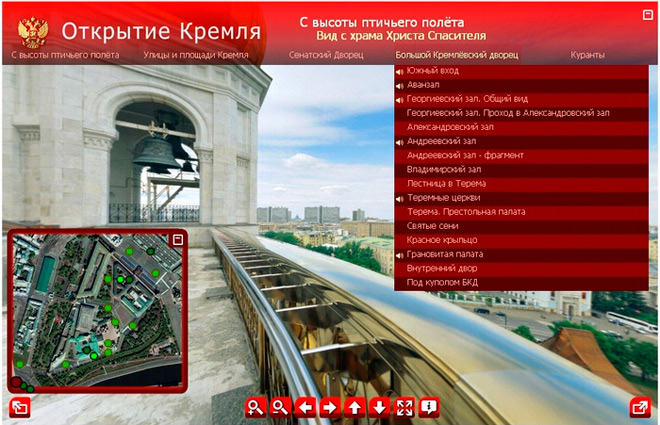 In principle, not bad, only to see a long time done, Because the design of yesterday, as well as the functional. It's good to refresh.
You can see what's inside the White House, a 3D image of the Oval Office. 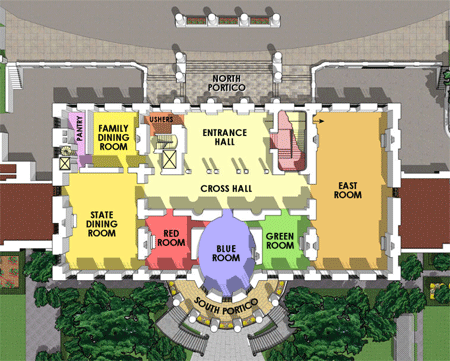 Virtual British Museum.
Well-done site, you can choose a tour for 1 hour or 3.
We will visit the halls Egypt, Japan, Latin America, Asia and Europe is one of the most famous museums in Europe. 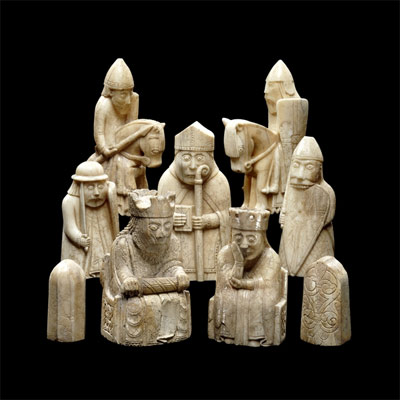 The specific of the map is that it shows not only the Gulags, but also the places from where people who were sitting in the Gulag were from.

The site was created by Czechs and concerns primarily prisoners from other countries, primarily Czechoslovakia, Poland and Hungary.
That is, it opens a little-known page of the Gulag.

In modern Russia there is no national Gulag Museum. It is absent not only as a material object - it is not in Russian culture as a necessary link between knowledge and understanding, fact and event, experience and memory.
The memory of the communist terror did not become an integral and integral part of the national memory, it is still fragmentary memories of local events that are not connected by a common conceptual essence.
This is the state of memory demonstrated by existing museum collections and exhibition projects.

Today, the Gulag Museum is a collection of initiatives by enthusiasts and authors' groups, scattered geographically and disaggregated thematically and methodologically.
in different towns and cities of the former USSR, there are a variety of government, agency, community, school, and other museums that are created in their permanent collections of the sections devoted to specific aspects of the topic, specifically collect documentary and material evidence of the history of repression, As well as organize temporary or periodic exhibitions.

As a rule, these are autonomous and unrelated initiatives taken by museum collectives.
In most cases, these exposures are known only to a limited number of visitors and are not claimed outside the geographically limited community.
Nevertheless, the need to comprehend the experience of the Gulag and terror in the generalized museum view continues to be felt as an urgent contemporary problem.
Today it is important to understand: all the components of the future museum already exist in reality - these are autonomous initiatives.
Complementing, and sometimes contradicting each other, they accumulate experience, which should form the basis of the future Museum.
The main question remains - how to add these components to a single semantic whole?
How to integrate fragmented knowledge and local understanding into a single historical panorama?

The St. Petersburg Memorial Scientific Information Center has been implementing the idea of ​​creating the Virtual Gulag Museum for the fifth year.
We view this project as a collection of various museum and exhibition initiatives united in a single virtual space for comparing and finding ways of integration, while at the same time ensuring that the regional and author's specifics are not lost, but enter into a single whole as part of it.
The ultimate goal of the project is the creation of the Virtual Museum, which represents both the general picture of the history of terror and the current state of memory about it, in its material embodiment.

The "memorial" memory of terror is also an integral part of this picture, and In our collection, it is represented by two separate components: "Gulag Traces" - signs of the past in the landscape and anthropogenic environment surrounding us, and "Necropolis of Terror" - hundreds of preserved, semi-preserved or almost extinct places of burial of victims of terror.
The next stage of our project will be the construction of a virtual museum based on the collected collection - with a multimedia presentation of the exhibits, with detailed museum documentation, with a reference device including thematic and other headings, indexes, virtual card files, with thematic expositions, temporary and permanent exhibitions, with the developed System of virtual excursions. 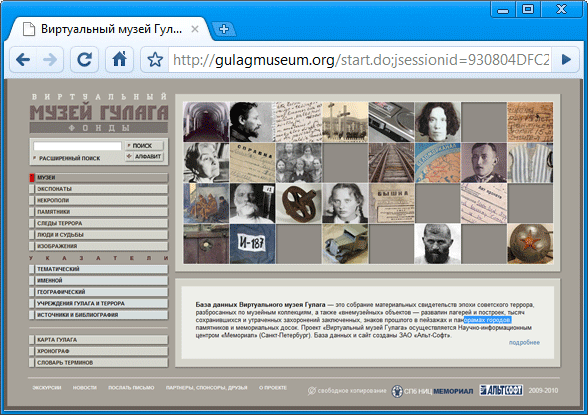 Virtual museum "Museum of Moving Images."
New York museum is one of the most famous museums devoted to everything that is connected With the production of films, TV programs and video games. 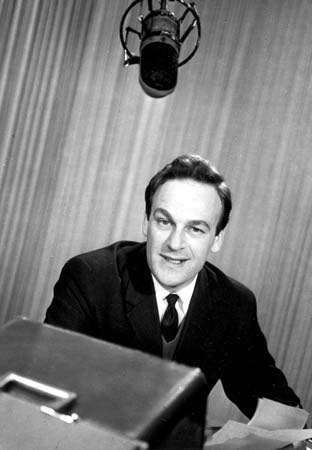 Museums of the world virtually.
One enthusiast has gathered the world's museums in one place. Or rather, collects, there's a way to add.
Museums can be searched on the map and then get to sites where you can make a virtual tour.

During the coronvirus there was a need to diversify the leisure time without leaving home.
Therefore, more and more museums began to offer virtual visits, excursions.
And those that already offered such an opportunity, often it was as if advertising, limited. Now they are trying to make the virtual visit as comprehensive as possible.