Free multiplayer online game. In it you act as a football team manager, play matches and participate in tournaments at any time.

In order to play a friendly match, you should either apply on the page Matches - Friendlies, or in the same place call an opponent whose The application is already in the list.

After confirming the request, the window for setting the tactics of the team is opened.

You can select the order from the list of standard or create your own variant by dragging the players to the field. If there is a mismatch between the position and the role of the player, the designation of the role is highlighted in red.

Replacements can be made automatically, if an injury is received, the football player is replaced by a substitute with the same role or, if not, by another field player. Possible, spare players should be placed on the "bench" - the place immediately under the green field in the settings window, placing the composition for the match. Under the "Substitutions" link, you can select pairs of players and set the replacement time (the number in minutes from the beginning of the match), and then they will occur during the nearest stoppage of the game after the time of replacement.

The tactics for the match are adjusted by choosing an attack- Protection, and also chosen from the standard set of instructions the manner of the game.
Additionally, performers can be defined during standard positions - angular, penalty, penalty.

In addition, each field player can be given individual tasks:

There are workouts, tournaments, etc. 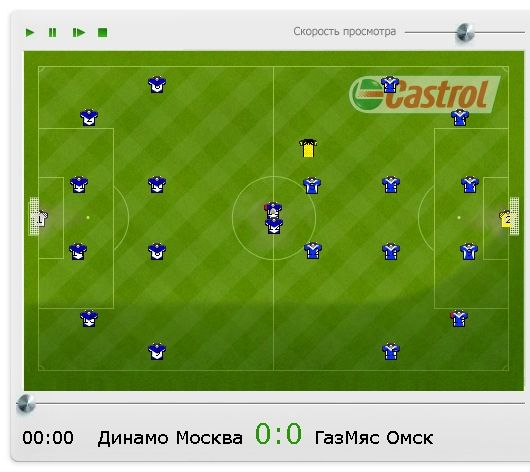 Free multiplayer online game in the genre of football manager. Here you have the opportunity to take control of the football team and try to bring it to the top of the football Olympus. But to achieve this, you will have to work hard: choose the right transfer policy, invite real professionals to the team and carefully monitor the financial status of the club. You can train the players choosing the optimal physical load for them, buy and display them for the transfer. You will need to create a club infrastructure, monitor the financial status of the club. You can also play matches of different levels, set out the composition and tactics for each game, and you do not need any additional programs. Training and games are held every day, so you do not have to be bored.