Feast of Tubes
Which began the new Jewish year, which began on the first day of the autumn month of Tisri. osh Hashanah (heb. רֹאשׁ הַשָּׁנָה‎ — lit. head of the year)
The Jewish New Year, which is celebrated for two consecutive days in the new moon of the autumn month of Tishrei (Tishri) in the Jewish calendar (falls in September or October). From this day begins the countdown of the days of the new Jewish year.
Trumpet
(heb. שפר shofar - a ram's horn for the trumpet)
When the trumpet is written in the Old Testament, the word Shofar is in the original text.
חצצרה hatsotsra is a pipe (copper). From surrounding, fencing, (caution) & alpha; & gamma; & lt; / RTI & gt; — pipe, ch. Give a signal.
Today 23 Shvat 5730 AD Wednesday, (10 August 2022)
Date: 1 Afanim.
Rosh Hashanah - 26 September 2022 AD
Count Rosh Hashanah 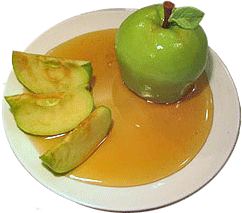 Apples and honey are an indispensable treat in the Jewish new year, as a wish for an abundant year.

On the Feast of the Trumpets, there are no events of the New Testament. But there are events that we expect, for example the 2 nd coming, the court of the white throne. Moreover, the book of Revelation says a lot about the pipes. No reason to expect the events that took place not on the Jewish holidays.
Full version
Night mode