The cities in which the 2018 World Cup will be held.

maps.google.com/maps?ftr=marketing.worldcup Panoramas on Google maps added cities and places of the football championship. 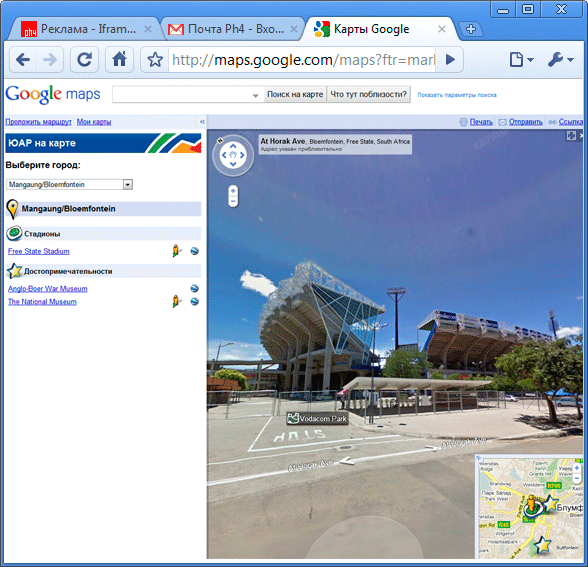 A high-level site both in design and in functionality, navigation, and of course content. All that we are looking for on the official website - we will find.Here immediately tape past matches, you do not need to look. There is a match center where detailed information on the match and you can see goals in the record.Detailed statistics on clubs and players, news ...

The site of the fans. Today his meringue, like without hands. After all, you need to be aware of what happens, get tickets, prepare.After all, not only football tournaments are held, but also the meetings of fans with their tournaments and conferences.
And when you go home and watch the game on TV, can you share it with your friends? … not always. I should contact my friends.

There are many great players who have left the big sport, but not out of life, and not even from sports. They have something going on and go through their tournaments, not so intense. But we are pleased again and again to learn something about them. ... Or maybe write something to them, thank them.

On the topic it is clear what the site is about. Current official information, who judges where, who is appointed, who is removed.And a lot of information for judges - about fees, documentation ...