Urban transport on the map

Wiki site for collection of all transport routes.In addition, there are recommended routes, how to get better.
The site is young, the base is still small.

Electronic directories and a map of more than 200 in 3D online large cities. Maps of large cities of Russia, Ukraine and Kazakhstan, as well as some cities in some countries (Czech Republic, Chile, Cyprus, Italy, United Arab Emirates ...).

Long-distance transport schedule.
Transport on the map in real time.

Leading service of maps of Russia.

Transport on the map

You can track traffic on the map in real time.
It is possible to track it both through a mobile application and a website.

City transport Petersburg online. Enter the portal, choose the number of your bus, then mark the stop on which you are, and immediately get Data, after how many minutes the arrival of the machine of the route you want is expected. The information on the movement of vehicles is based on data from the GLONASS navigation instruments - they are as accurate as possible, and the traffic is calculated taking into account the traffic situation.

Englesh Used: Yandex.Maps, OpenStreetMap.
address: Russia
Smolensk city transport routes on the map. The entire passenger transport of Smolensk is equipped with the GLONASS system equipment and connected to a single monitoring system.We choose the route of a bus, trolleybus or tram and look at the map.Update goes wrong often, as on similar sevises, because the transport does not go, but jumps. That is, it does not seem to move, then it is ahead at a decent distance.

In the Arctic Murmansk, the trolleybus is like a small miracle, that's why all trolleybuses of Wi-Fi have been equipped for the 50th anniversary.
Besides that, we made a decent site where on the map in the online mode you can see where each trolley bus is in real time.Someone can just have fun, and someone will be useful when the traffic goes seldom.You can select all routes or choose just the right ones.
Google map is used, but the main city map is OpenStreetMaps. 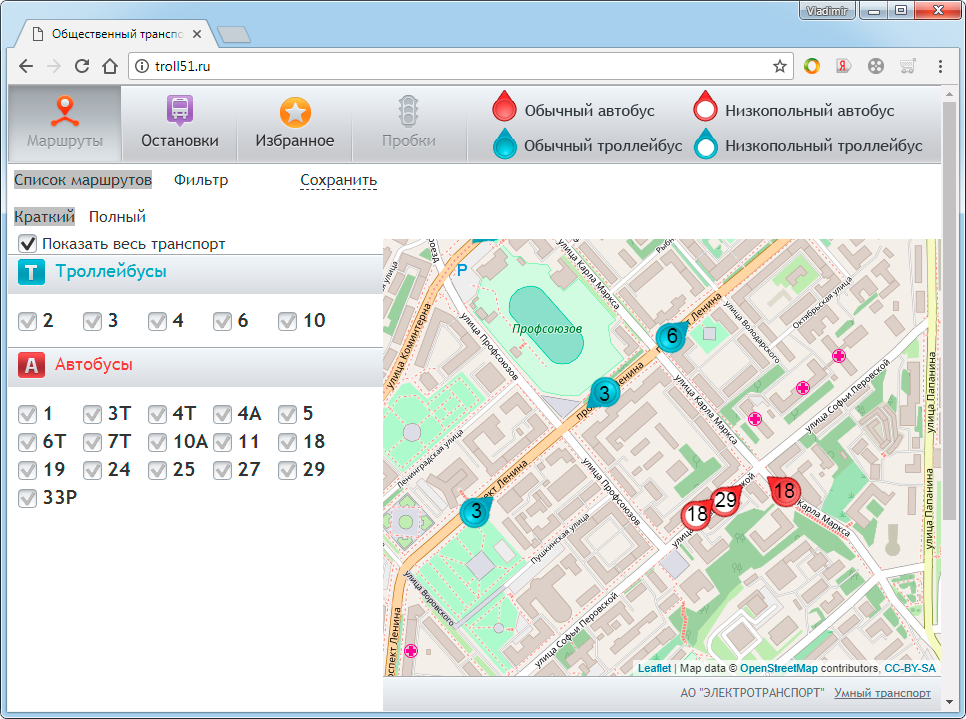 Transportation of Novosibirsk.
Satellite navigation systems have been installed on all Novosibirsk transport. Then tied to the Google map. 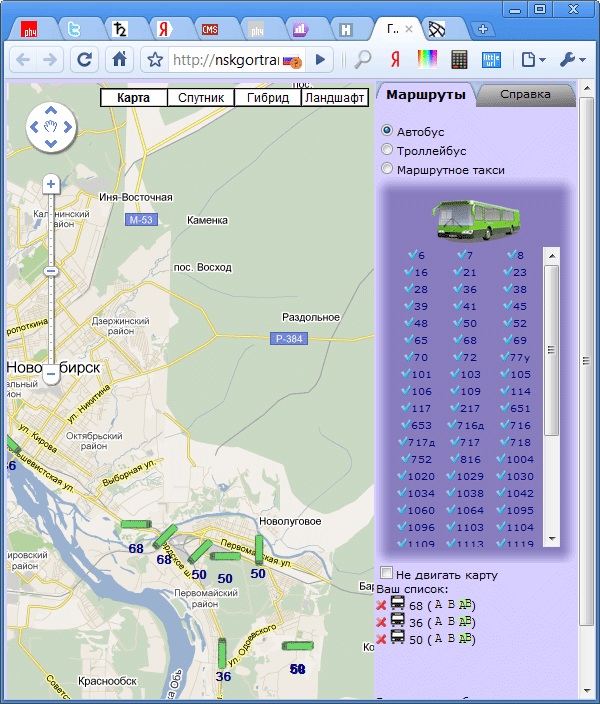