Today 23 Shvat 5730 AD Sunday, (29 May 2022)
Lake Kineret | River Jordan | Dead Sea | All-Israel Water Supply
Water has a special meaning in Israel: Israel is among the top three countries with the highest water tariffs in the world – $2 for m3.

Water for Israel is the most important strategic resource. In 1964, Syria and Lebanon attempted to transfer the riverbeds feeding the Kineret to deprive the lake of water. Israel responded by bombing and secured the cessation of work. Israel continues to supply water from the Kineret to Jordanians and Palestinians despite the conflict, with supplies growing strongly. That's the attitude to the water in the east.

According to the program developed by the Israeli government, soon more than 300 million cubic meters of sea water will be desalted in the country in a year. This will provide a quarter for Israel's need for drinking water.
The constructed plant in Ashdod is already the largest in the world, but the construction of the whole complex has not yet been completed. There is rain water, river. In Israel there are rivers and streams. There are streams that flow only in rainy season. Strong flows are very turbid and therefore used only for agriculture.

Three quarters of fresh water in the country goes to irrigation 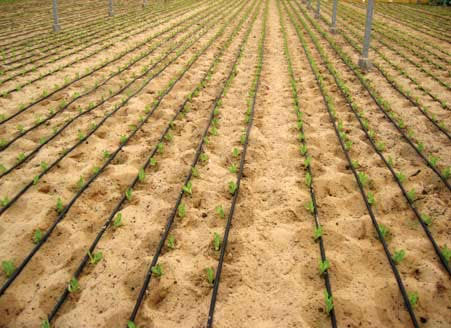 It is for irrigation, not for irrigation. If water were poured, it would take twice as many of it for the same areas, and there is simply nowhere to take such volumes. In Israel, a drip-and-drip irrigation system is used, that is, when each hose is stretched to each plant, from which water flows directly to the root of the plant. The volume of water that feeds the plant usually does not exceed several liters per hour. It is determined by the pressure in the tube that the computer regulates. It takes into account everything: time days, soil properties, landing frequency, even the pitch of the field. Agronomist Shmuel Haelie: "The invention of a drop system is a revolution in agriculture: water flows directly to the roots, it can be fertilized together, both of which are gigantic: on sandy soils you can not water any other way - the water will immediately go down and Will not get to the plant."

Also the Sea of ​​Kinnerere or the Hinnerref, the Sea of ​​Galilee, the Gennesaret Lake, the Sea of ​​Galilee.
Etymology - the name Kineret may have originated from the word cine. Kinor is a musical instrument on which David played. Today, no one knows what the film looked like, probably it was like a harp and shaped like Lake Kineret. From that and the name.
Today the word kino is used for the name of the violin. Freshwater lake in the north-east of Israel.
The lake is the main source of water for the all-Israel water supply. The third part of all the fresh water consumed in Israel is taken from here. If we consider that 3/4 of all consumed water is used for agriculture and that part of the water can only be used for agriculture, for example desalinated water), then practically the overwhelming part of the drinking water from Lake Kineret.
Located in the Syrian-African Fracture.
Actually, the very formation of the lake is caused by the movement of plates. At the junction of the 2 slabs, a hollow appeared (Kineret Lake, Jordan Valley and the Dead Sea below sea level). That is, Kineret is in the pipe. Often and suddenly there is a draft, so frequent and unexpected storm. Height below sea level: -213 -208.8 m (lake level fluctuates)
Length: 21 km
Width: 13 km
Area: 161-169 km 2
Volume: 3,6-4,3 km 3
Length of the coastline: 55-60 km
Greatest depth: 43 m
Average depth: 25.6 m
Catchment area: 2730 km 2
Salt content: 0.5% (for comparison, salinity of the Mediterranean Sea 2.5%, and Dead Sea 60%) 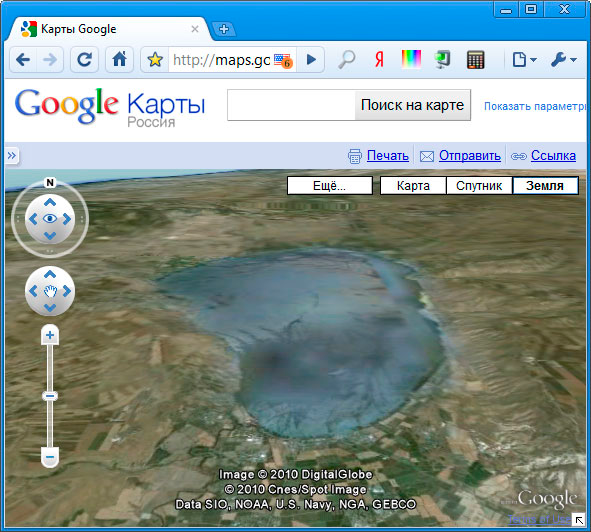 Kineret on Google Maps in 3D 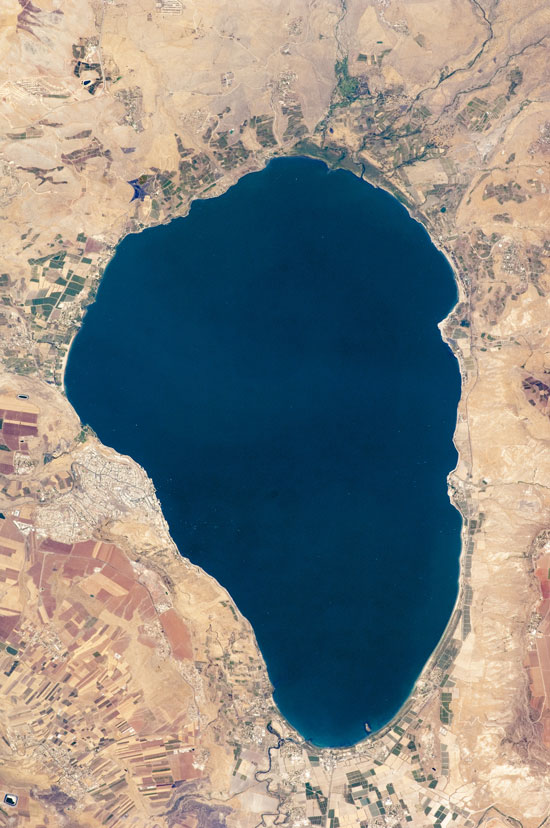 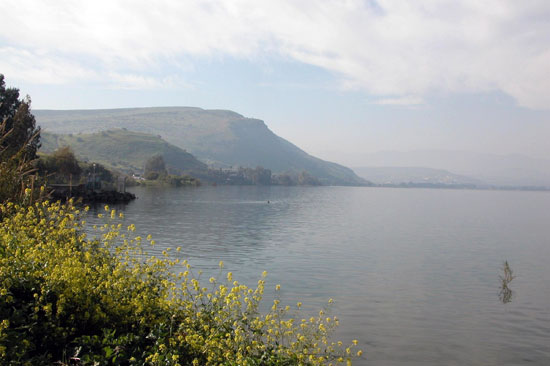 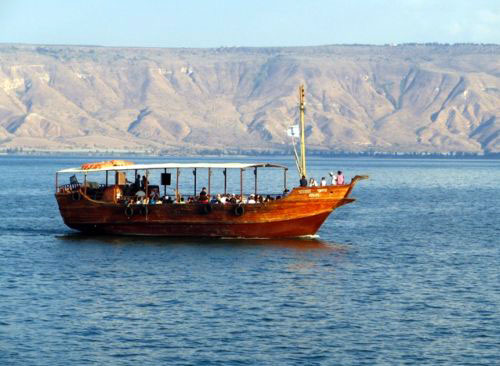 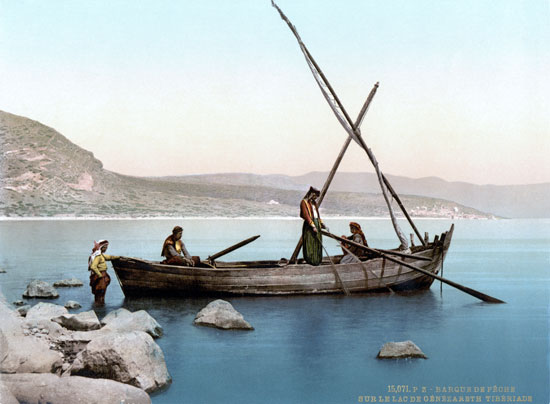 The water level in Lake Kineret

Along with the weather forecast, the water level in the lake is always published, because it is vital for Israel. The upper red line (-209 m) is the line of flooding settlements around the Kineret, which should not be reached by the lake, otherwise a dam will be opened in the south of the lake, and good fresh water will have to keep its way to the Dead Sea itself.
Lower red line (-215.5 m) The water level in the lake fluctuates, and if it falls below -215 meters, underground water can enter Kineret, which will lead to salinization of the lake and become an ecological catastrophe for Israel. pogoda.israelinfo.co.il/kineret 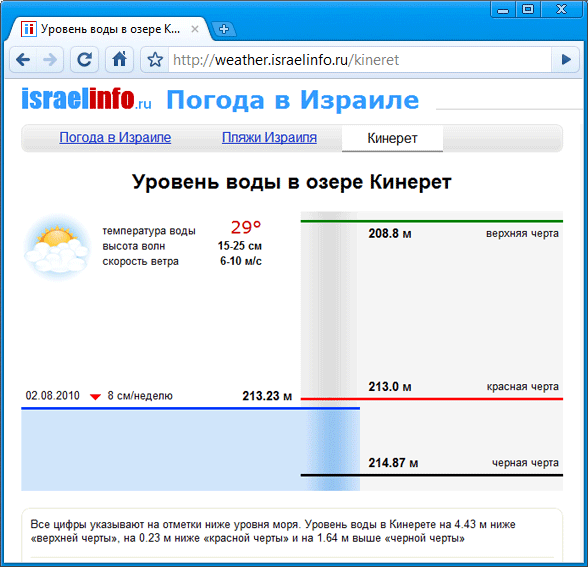 The most famous fish in this lake is called "Tilapia", or more clearly - St. Peter's Fish.
In general, about 2,000 tons of fish are caught from the lake today, a large part of which is the Fish of St. Peter, also the "Tilapia".

Jordan
(heb. נָהָר הַיַרְדֵּן, Nahar ha-Yarden).
Various variants of etymology from Semitic languages are offered: "ditch", "noise", etc.
According to the most common point of view, the Jewish name of the river "Yarden" comes from the word "Yered" ("descends", "falls"), and the names of the source Dan.
That is, literally "coming from Dan" or "flowing from Dan."
Length: 252 km
Basin area: 18,000 km 2
The source of the foot of Mount Hermon - Height: ~ 80 m
Dead Sea mouth - Height: -417 m2 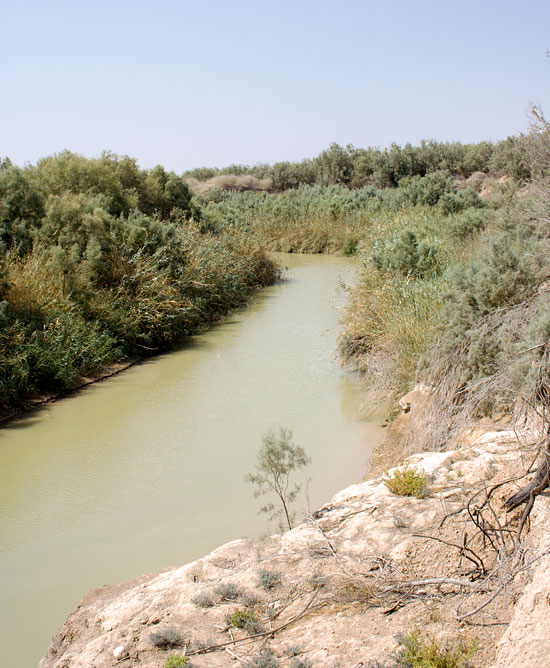 Jordan is very important for a Jew. The very word Jew means "passed over," meaning that he crossed the Jordan.
The Jordan itself made the Jew Jewish. The Jordan itself is nothing from itself.
If you compare in the European rivers: Volga, Don, Dnepr ... then the Jordan is a shallow pen or stream.
But it is impossible to find more significant.

In the Bible in the southern part of the Dead Sea were Sodom and Gomorrah.
It was a blossoming land, so the sea was not salty.
Salt it was after the punishment of God.
In David's time, these places were already a desert, as today.
Dead Sea is the third lake after Assal and Kara-Bogaz-Gol by salinity in the world, but some sources claim that the championship is contested by the Antarctic Wanda lakes. The coast of the Dead Sea is the lowest land area on Earth: it is 420 meters below sea level.
Height below sea level: -420 m (level decreases per year per meter)
Length: 76 km
Width: 18 km
Area: ~ 810 km 2
Greatest depth: 380 m
Type of mineralization: salty
Salt content: 60% (for comparison, the salinity of the Mediterranean Sea is 2.5%, and Kineret lakes 0.5%)
The falling river: Jordan The lake feeds on the Jordan River and mudflows, which with great force descend from the mountains of the Judean Desert. Today, a large part of these flows is used for agriculture. But this is not a significant amount of water.
The level of the Dead Sea continues to decline.
Rain falls in a year's time 5, and it's not rain and drizzle (to distinguish between rain and drizzle can be looked at a puddle, if in a puddle of rain you can not see, it's drizzle). The Dead Sea is physically divided into two almost completely independent parts - the northern and southern ones. The southern part, being smaller in size, is also blocked by transverse isthmus, of artificial origin. Since the southern part, to all, even smaller - the water there is more salty, and more calm. The absence of waves is a very important factor. The level of the young part is supported through channels.
All hotels of the Dead Sea (except for the kibbutz Ein Gedi) are located in the southern half. It is cheaper to rest on the Dead Sea in the territory of Jordan, but there is lower service. From the Israeli side recommend after the sea immediately take a shower. In Jordan, in fact, a wild beach. 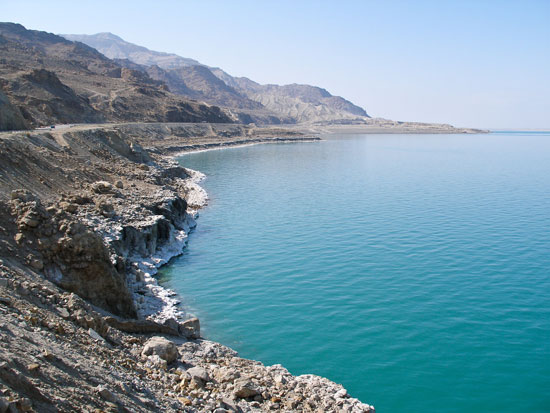 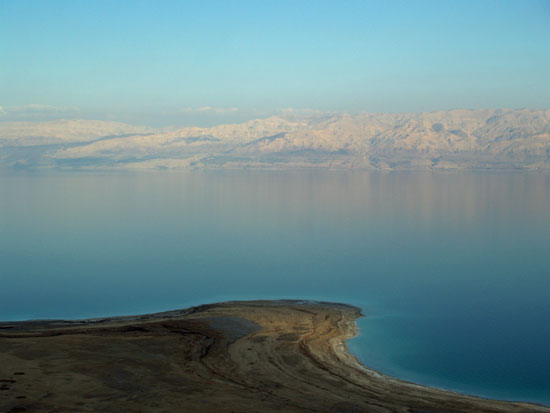 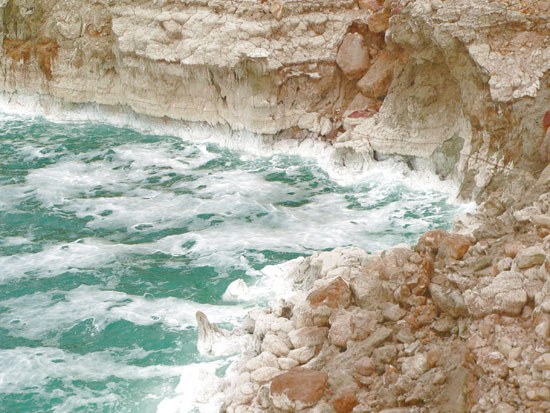 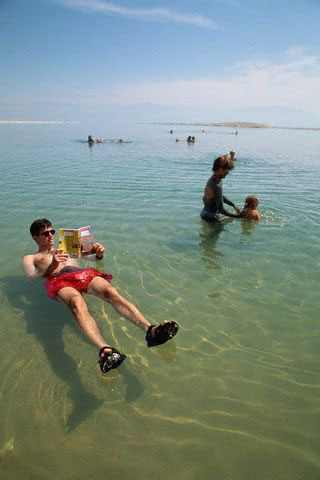 Mineral mud of the Dead Sea 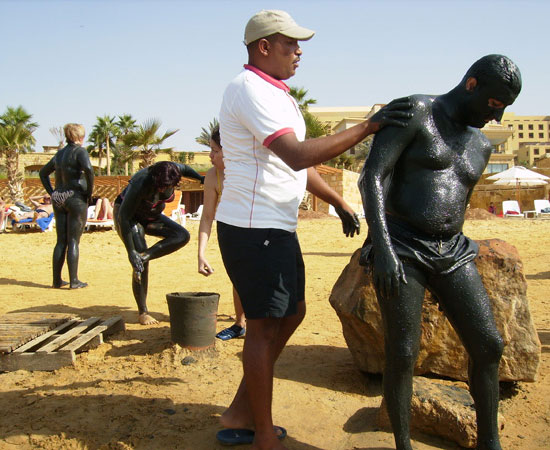 Cosmetics of the Dead Sea

The official representative in Russia of Israeli firm Ahava. ahava.ru 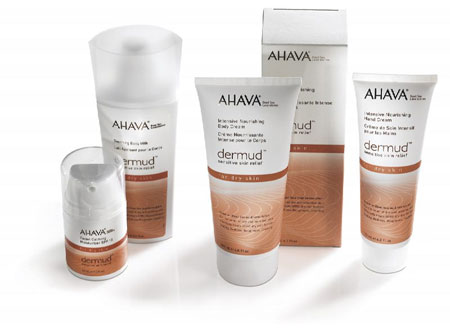 Counrty is small and therefore one water pipe.
All-Israel Water Supply is the largest object of the water supply system in Israel.
It consists of pipelines, pumping stations, tanks, open channels and tunnels.
The total length of the main water conduits is about 130 km.
The throughput capacity is 72 thousand cubic meters of water per hour, which corresponds to about 1.7 million cubic meters per day. Its main task is to transport water from the north of the country, mainly from Lake Kineret, to a heavily populated center and arid south, including to the northern part of the Negev desert, where after its construction it became possible to engage in intensive farming. In addition, he greatly increased the efficiency of water use in the country. The construction of a water pipe was a complicated technical task, since it had to pass through sections with heterogeneous soil and uneven terrain.