Philistia
(heb.  פלישתים‎, Plishtim - invading)
Philistia sounds - Pilishtim, today we call Palestine. Palestinians, they are not descendants of the Philistines. It's just the Bedouin Arabs who lived here.
Today 23 Shvat 5730 AD Tuesday, (24 May 2022)
Heraldry Palestinian Territories
When Rome was tired of constant riots in Israel, he destroyed the temple and Jerusalem, and all Jews were enslaved. And in order to erase the memory of this place, it must also be called. And then we decided to call Philistia (Palestine), because here somewhere in some places the Philistines lived, but they are no longer there and they can not claim this land. God scattered Israel, as he promised.

It is clear that such a nation as the Palestinians (in the Biblical Philistines) does not exist. It's just Arabs who lived and roamed the land before the restoration of Israel. But in order to qualify for this territory, it was called a country, people are Palestinians. Although in essence the state still does not exist. There is a kind of state, without a normal structure and economy. The main occupation is terrorism.

Signs of the State


Similarly, it is possible to create a Russian-speaking state in the territory of Latvia: Voilà! Is it not the state? What is different from Palestine?

This is really the state.

Jews are accused of everything - the fact that they have placed state borders (which is responsible for any state). After putting the borders, Israel ceased to provide Palestinian residents with work. By the way, as for water. Israel has set a border with the Gaza Strip, protecting itself from terrorists. But nevertheless provides them with water, and Israel itself increased the amount of water by more than 1.5 times more than the agreement.
So someone drinks water, or rather blood.

Trailer for the capture of the "Freedom Flotilla"

For a day, almost two million people have already watched the video. The Israeli journalists did it.
According to the story, activists of the "Freedom Flotilla" sing on the motif of Michael Jackson's song about how they managed to convince the whole world that they did not have weapons, and the Israeli soldiers attacked them first. This shows the shots of how everything was really. 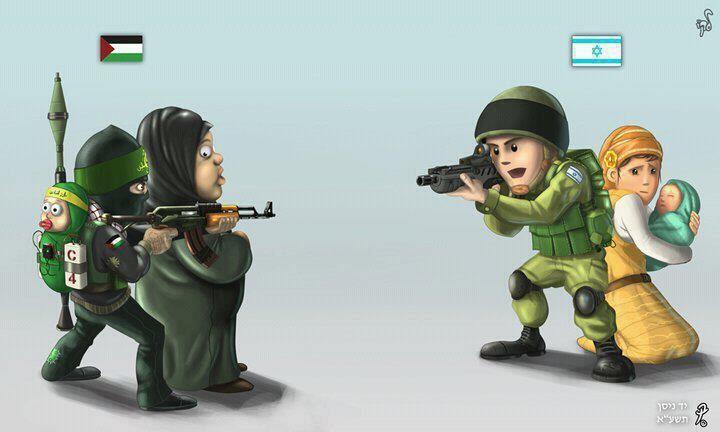