Excavations in a large area. Excavations in a large area. Port and city built by Herod the Great. The place where the Gospel was first preached to the Gentiles (Acts 10-11). This turning point in history, when the council was created in Jerusalem, can pagans come to God directly or by first adopting Judaism. Paul repeatedly took refuge from the rampage of the Pharisees in this city (Acts 9:30, Acts 23:23). This city could serve as a safe haven, because it was built according to Roman canons and for the Jew it was an abomination to simply visit such a pagan city. Later, when Christianity became the state religion of Rome, pilgrims began to visit Israel through this port. 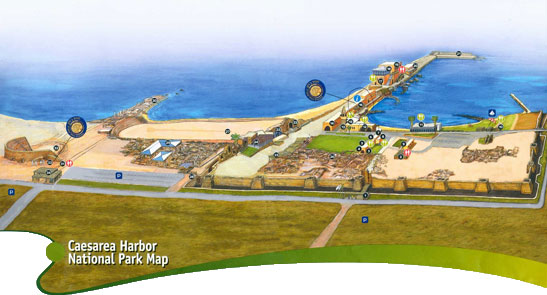 The project was initiated by Protestant communities. A small place, an educational center.
The village is 2 km from Nazareth. This is a museum that imitates the life of Jesus. The whole exterior and interior reflects the life of the 1st century - architecture, wineries, olive presses, stone arches and lamps, as well as the clothing of the inhabitants of the village and their food. This unique museum will leave an unforgettable impression.

Excavations in a large area. And they called the name of the city: Dan by name of his father, Dan, the son of Israel; But before that, the name of the city was: Lais. (Judges 18:29). Excavations of the city of Lais, the altar that Jeroboam placed after the split of Israel. The foot of the mountain Hermon. You will go to the source of the Jordan, you will see where it originates from. 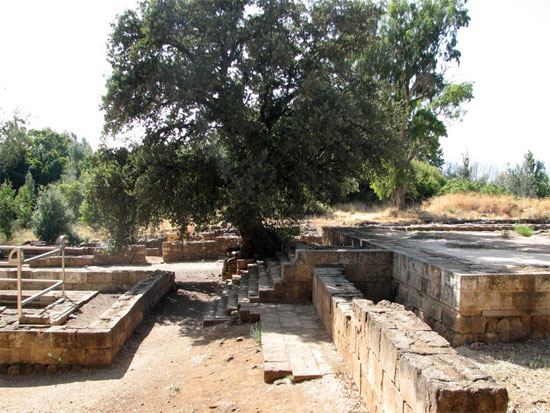 Excavations on a large territory.
The cost of visiting $80, lift - $25. Even there to get there, so it's better to plan together with the trip to the Dead Sea. The city on top of a mountain in the Judean Desert on the shore of the Dead Sea. The last fortress of Israel in the time of Jesus, which fell in 73 AD AD

Excavations in a large area. So Saul died that day ... and put his weapons in the temple of Astarte, and his body was hanged on the wall of Beth-san. (1Sam.31:6-10)
Full version
Night mode