In Israel, public transport is well-developed - both in large cities, and in between cities there are comfortable buses. A trip to Tel Aviv by bus departs about 5 shekels, the driver's payment, the entrance to the bus only through the front door.

Taxi in Israel works by counters, the fare is 3 shekels per kilometer and 5 shekels per landing. When ordering a taxi by phone, as well as at night, an increased tariff is applied. In addition, there are special "tourist taxis", the drivers of which are registered in the Ministry of Tourism guides. On the doors of such taxis there is the emblem of the Ministry of Tourism - two people carrying a huge bunch of grapes.

In Israel there are quite a few firms that occupy rental cars. Prices start from $40 per day per car. To rent, you need an international driving license, an international plastic bank card and age must be more than 21 year. In addition to the price, there may be a tax and various surcharges.

The official site of the airport - there is no Russian version.

International Airport. David Ben-Gurion is the main Israeli airport.
International IATA code: TLV; ICAO code: LLBG.
It was built in 1936 by the British authorities.
It is located 14 km southeast of Tel Aviv, near the city of Lod.

When purchasing tickets, check from which terminal your flight will depart. Well, remember about Saturday. If nobody meets you, public transport will not work.

Israeli airlines.
The cheapest is to buy a ticket at this airline. You can choose the cheapest class, which will be much cheaper. Its main difference is that in most cases you will not be able to take the ticket. But you thought very well and have already made a decision that will not be changed at the last moment.

The ticket can be paid through the plastic card Visa Classic or MasterCardClassic (Electron will not work - it can only be used with your physical presence). You must have active notifications via SMS, that is, the card must be tied to the mobile.

The site is in Russian, but something will also be in English (phone support in Moscow is also in English). After the purchase comes Email, the very beginning can be printed and shown at the airport before departure, where you will be given a ticket. Then you will receive a couple of emails - one e-mail duplicates, one will be closer to the departure, where in English it is recommended before visiting the airport to visit the site and find out if there is a delay in the flight.

You can call the Moscow office, but you will most likely be responded to English.

The site has all the necessary information, except for the opportunity to buy a ticket. 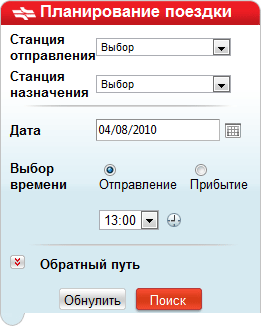 Map of the Israeli Railways 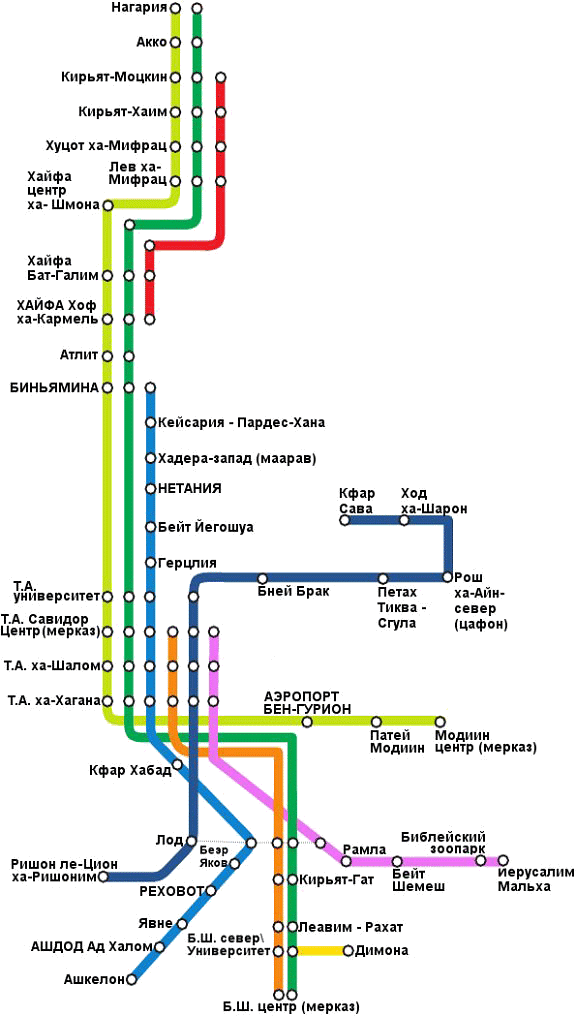 Scheme of the Israeli Railways

Scheme of a 2-level wagon